The Lamborghini Diablo VT is a real car, manufactured from 1999–2001. Automobiles aren’t my forte, so I’ll just say that it’s a high-powered, 550 horsepower, V12 sports car. According to Car and Driver, its horsepower is more than that of four Toyota Camrys. 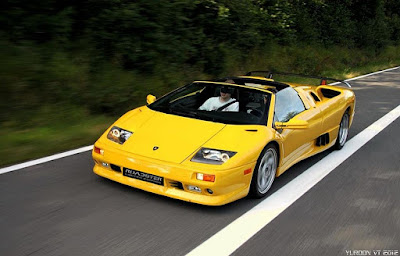 Posted by Richard Kaczynski at 9:29 AM