Page 67: Guadians of the Galaxy

Steve Englehart kindly agreed to write a blurb for The Billionth Monkey, and sent me the following:


This book is endlessly creative. If you even think you like weird fantasy, you will love The Billionth Monkey.

As a thank-you, I made some small last-minute changes to the book. This included the two superhero posters hanging in Nicholas’ room. He originally had Spider-Man and the X-Men, but I changed those to Guardians of the Galaxy and Batman because Steve is connected with both: He created Star-Lord back in Marvel Preview #4 (1976), a character whom other writers would later incorporate into the cosmic ensemble Guardians of the Galaxy, and thence into a fantastic thrill-ride of a movie. 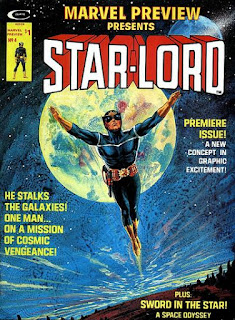 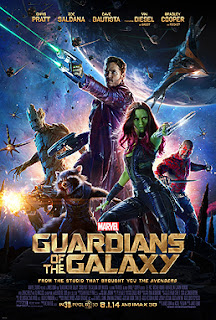 Steve Englehart's character Star-Lord debuted in Marvel Preview #4 (1976) and went on to become one of
the Guardians of the Galaxy, which was a box-office smash in 2014. (Both images are © Marvel Comics.

Steve's classic run on Batman—his storyline in issues 469–476 of Detective Comics from 1977 and 1978 were quickly dubbed “The Definitive Batman”—is credited with reinventing the character as a dark, serious, adult figure, opening the door to subsequent writers penning extensions of this iconic version of Batman, including The Killing Joke (Alan Moore, 1988), The Dark Knight Returns (Frank Miller, 1986–1987), and Arkham Asylum (Grant Morrison, 1989). In addition, Steve's take on Batman inspired Tim Burton's film adaptation. (You can read Steve's account of the movie here.)


Posted by Richard Kaczynski at 10:07 AM