Pretty much everything in Nicholas Young’s dorm/apartment is a #DevilReference. Here we delve into the devilish world of action figures for popular video game franchises.

Dante is a silver-haired fighter in a red-duster who is the famous lead character in the Devil May Cry series of video games. The name of the game is an obvious #DevilReference, but so is the character’s name, which can be taken (at least for our purposes) as a reference to part one of Dante’s Divina Comedia (1308–1320): Inferno. 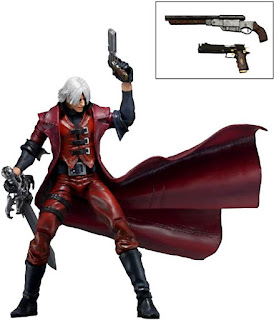 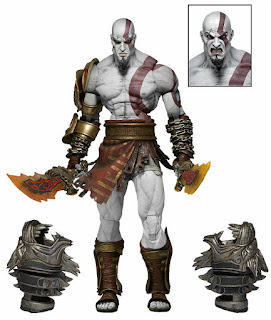 Both games are popular enough that Toy Wiz offers action figures of Kratos (God of War) and Dante (Devil May Cry).


Kratos is a vengeful Spartan ghost from the video game franchise God of War. While the game isn’t exactly devilish (it’s loosely based on Greek mythology, not Judeo-Christianity), it does feature Hades, the Greek god of the underworld. Hades helps Kratos in God of War I, and ultimately becomes Kratos’ opponent in one of the boss battles in God of War III. While the Hades of Greek myth has nothing to to with the devil, his portrayal in God of War is noticeably big, red, and horned.


Dante and Kratos both have legions of fans, and internet flame wars have been fought over which of them would win in a fight. I think it would be awesome to have a two-player co-op game with both characters on the same side. Before the start button is even pressed, epic battles would be fought over who gets to control whom...

Posted by Richard Kaczynski at 7:57 AM