Nicholas Young’s taste for hot sauces allows for more gratuitous #DevilReferences…a trait that winds up being important later on, so it’s not entirely gratuitous. I also salted in some non-devil sauces so as not to be too obvious. To summarize, the hot sauces mentioned in this scene are all actual products (no endorsement implied).
Rather than explaining, this is a case where a picture is worth 1,000 words (therefore here are 4,000 words): 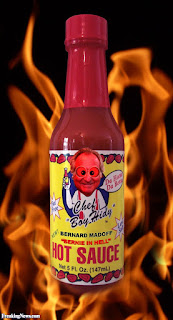 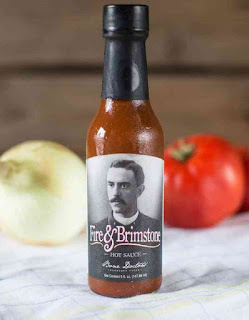 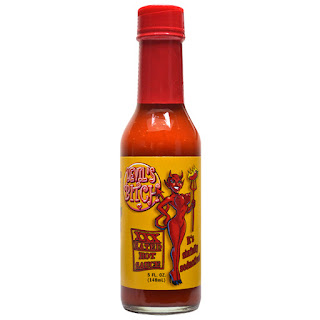 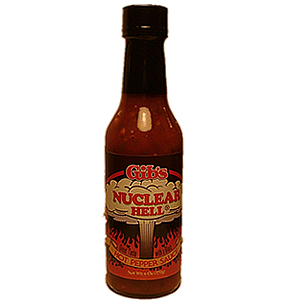 
I know a few people—a friend in Buffalo, a colleague in New Haven, etc.—whose food simply cannot be hot enough. My friend in Buffalo has an entire shelf in his kitchen filled with half-empty hot sauces, none of which were up to the challenge. Nicholas Young’s bookcase reminds me of that.

Finally, the title of this post is not only a play on the culinary term "devil’s food," but also a reference to the song of that title from the classic Alice Cooper record, Welcome to My Nightmare (1975).

Posted by Richard Kaczynski at 9:51 AM