Staniland Wake (mentioned on page 209 of The Billionth Monkey) was an actual person, but you won’t find much written about him on the Web; Oxford Reference says “little seems to be known about his life.” The following paragraph about Wake is a previously unpublished outtake (cut for length) from my paper “Continuing Knowledge from Generation unto Generation” in the Oxford University Press anthology Aleister Crowley and Western Esotericism (2012): 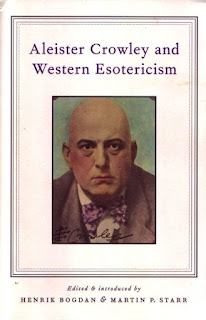 Charles Staniland Wake (1835–1910) was an early anthropologist who published widely on phallicism and various other esoteric subjects.  He presented his researches not only to the Anthropological Society,1 but also contributed to several journals including the Journal of Anthropology, Journal of the Anthropological Institute of Great Britain and Ireland, and American Anqituarian and Oriental Journal.2 He published a number of key books in the literature on phallicism, including Serpent Worship and Other Essays (1888) and, with Hodder Westropp (another member of the Anthropological Society), Ancient Symbol Worship (1875). Several of his papers were collected in the posthumous Sacred Prostitution and Marriage by Capture (1929).3 His other books include The Origin and Significance of the Great Pyramid (London: Reeves & Turner, 1882) and Vortex Philosophy, or the Geometry of Science (Chicago: the author, 1907).

Wake, C. Staniland, “The Origin of Serpent-Worship,” Journal of the Anthropological Institute of Great Britain and Ireland 2 (1873): 373-90.

3 Wake, C. Staniland, Serpent Worship and Other Essays, with a Chapter on Totemism (London: George Redway, 1888).

Posted by Richard Kaczynski at 7:32 AM