Long before they were the name of a hit sci-fi hit comedy, the Men in Black were a fixture in UFO mythology. According to lore, mysterious men clad in black suits and driving an unmarked black car would visit people who have witnessed a UFO…often well before they ever reported their sighting. The purpose of the Men in Black was ostensibly to harass and frighten eye-witnesses into silence, and—failing that—to discredit their testimony. My favorite portrayal of the Men in Black is beyond a doubt the X-Files episode “Jose Chung’s ‘From Outer Space.’” It’s my absolute favorite episode of the series, and a brilliant send-up of every UFO cliché out there. [As I post this, Fox is preparing to air the first of its six-episode X-Files revival this Sunday: if you watch only one episode to prepare yourself, make it Jose Chung!]

For these reasons, the Men in Black Nightclub seemed like the perfect name for a bar in Roswell. So perfect, in fact, that it has its own Facebook page. You will never find a more wretched hide of bad puns and obscure sci-fi references. Here’s a guide to the entries: 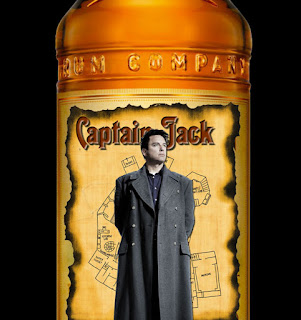 Posted by Richard Kaczynski at 8:35 AM