Page 178: The call is coming from inside the house

This popular urban legend among babysitters tells how one of their own, while on the job, began receiving threatening phone calls in which the caller claims to have murdered the children and would be coming for her next. Too terrified to check on the children, she instead phones the police, who advise her to keep the caller on the line next time so that they can trace the call. Once she does, she receives another urgent call from the police, telling her to leave immediately because the call is coming from inside the house. The story struck enough of a chord that it was turned into the 1979 movie, When A Stranger Calls. 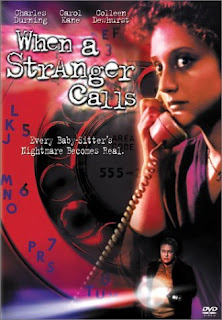 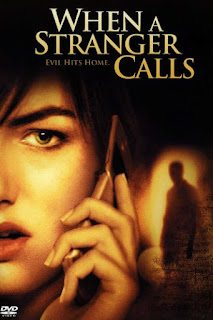 Today's urban legend inspired the 1979 movie When a Stranger Calls and its remake 27 years later (2006).


Harkening to the pre-cell phone era, this urban legend would require that the home in question have two separate telephone numbers.[Or maybe not: evidently there are tricks to dialing your own number from a rotary phone.]  But urban legends deal with fears, and in this case the fears being played upon involve stepping from adolescence into adult responsibility, failing as a future homemaker, and being dominated by a frightening, aggressive male figure.

Bonus entry: The incident on page 179 involving the lighter and a can of hairspray was literally a dream that I had one night shortly before writing this scene. When I woke up, I thought the dream was hilarious, turning a similar scene in Watchmen on its head. So I decided to use it in The Billionth Monkey. Sometimes my unconscious writes the best material.

Posted by Richard Kaczynski at 9:33 AM