“Séances and Suffrage: The Victorian New Age and Equal Rites” is a paper that I presented at the annual meetings of the Mid-Atlantic Popular Culture/American Culture Association (MAPACA) in Baltimore in October 2006. So if Chapter Two of The Billionth Monkey seems to be poking fun at pop culture conferences, bear in mind that I begin by poking fun at myself first and foremost for a “dry, academic presentation.” Since I’m outing myself upfront as a participant in these conferences, any good-natured ribbing that follows applies equally to me.

In my academic life I’ve presented at conferences for the American Psychological Association, Gerontological Society of America, American Public Health Association, American Psychiatric Association, etc., etc. But I’ll never forget that MAPACA meeting in 2006. It was my first time attending a popular culture meeting. Looking at the program, I was awestruck by how much it resembled the ultimate version of the sci-fi, comic, Star Trek, and other cons that I had attended in my youth. I use the word “ultimate” in the best possible sense. I had no idea an academic conference could be so fun! When I call it Comic-Con without the cosplay (p. 30), that’s a compliment. So The Billionth Monkey gives a pretty accurate description of the Popular Culture Association’s (and similar organizations’) annual meetings, at least from the point of view of someone encountering it from a background of more conventional academic conferences.

The only other conference that I’ve found to be as much fun is the Association for the Study of Esotericism, where I wanted to attend every single paper session simultaneously.

The idea behind my presentation was that Spiritualism was not only a place where women had unprecedented status and influence in an otherwise disempowering society, but that Spiritualism often served as a gateway for them or their clients to more esoteric organizations such as the Theosophical Society, Golden Dawn, etc. For those interested in reading more about the connections between Spiritualism and women’s rights, these two books are indispensible: 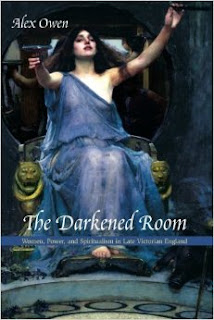 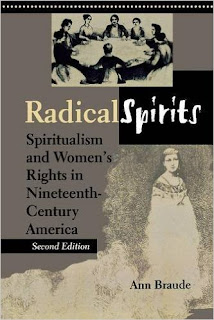 Posted by Richard Kaczynski at 10:16 AM