Thomas Kuhn—like Freud, Nietzsche, and plenty others—is a person whose ideas many people talk about without ever having actually read his major work, The Structure of Scientific Revolutions (1962). Consequently, the term he coined—paradigm shift—gets misused quite a lot. [pet peeve] It’s similar to the way the term groupthink gets constantly misused by people completely unfamiliar with the work of Irving Janis.  [/pet peeve]. 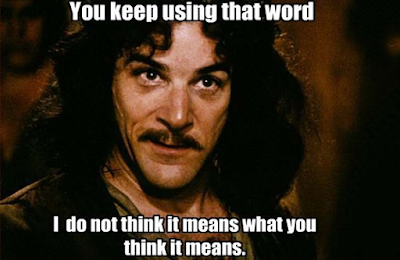 Kuhn’s basic idea starts from the premise that all scientific models are imperfect approximations of the truth. My take on this: Much like Gödel says that any consistent system of axioms in mathematics is inherently incomplete, science will always have some observations that it cannot account for. In statistics, for example, the ideal formula for a line y=mx+b becomes y=bx+a+ε, where ε is the error term, i.e., all those things we didn’t measure that also effect the relationship between y and x. These unaccounted-for real-world influences cause the data pattern to be something like a cigar-shaped scatterplot rather than a perfectly straight line. We can try to get closer to a straight line by measuring more things—y=b1x1+b2x2+b3x3+a+ε—but while we can reduce ε, in practice it never really goes away.

So back to Kuhn: When enough unexplained data accumulates, science goes through a process of re-evaluation to figure out how to explain these additional data. In other words, a scientific revolution takes places. The old model isn’t thrown out so much as a new model is developed that not only accounts for the data predicted by its predecessor, but also accounts for the new observations. Newtonian and Einsteinian physics are examples of scientific revolutions: they didn’t overturn what we knew so much as radically expand our understanding. The result is a paradigm shift. Such changes in a model or approach to science don’t happen overnight, however: they encounter resistance from the scientific community—which is accustomed to the old way of doing things—until it is reluctantly and gradually swayed by the accumulation of supporting evidence (which Kuhn said was, in part, a political process).


(With apologies to William Shatner, Gene Roddenberry, and Paramount Pictures.)


Posted by Richard Kaczynski at 9:00 AM