Although the Tarot deck in this scene from The Billionth Monkey is unidentified, the card names and images are so distinctive that those familiar with it will immediately recognize the Thoth Tarot by occultist Aleister Crowley (1875–1947) and artist executant Frieda Lady Harris (1877–1962). No big surprise coming from the guy who wrote Crowley’s biography Perdurabo (2012) plus two academic book chapters and a bunch of presentations specifically on the Thoth Tarot (full list below for those who really want to know).


It was originally Harris who suggested that Crowley utilize her artistic ability to create a Tarot deck, but the project wound up being much more involved than either of them realized at the outset. In the end, their protracted collaboration on the Thoth Tarot spanned the years from 1938 to 1943, with its companion volume, The Book of Thoth, published in 1944. Since Harris was new to Crowley’s magick, during their work he also gave her lessons to help her understand what each card had to convey. Many times he gave her rough sketches of what he had in mind. He often rejected what she painted and had her do another version; one card, “The Magus,” required seven iterations before garnering his approval. While Crowley was very particular about how he wanted the cards to look, Harris enjoyed a degree of latitude with the artistic style and background elements; thus, while the cards have a consistent feel to them, they contain hints of artists from Beardsley (“Adjustment”) to Picasso (“The Tower”), and many cards reveal her fascination with Anthroposophy’s interpretation of projective geometry.

While the deck enjoyed several private and public exhibitions, paper rationing during World War II meant that they were unable to have a deck printed at the time. Crowley’s The Book of Thoth (1944) reproduced a few cards in color, but neither one of them would live to see this remarkable deck published. Crowley died shortly after the war, in 1947. Harris and Gerald Yorke (friend to Crowley and self-appointed custodian of his literary legacy) had several false starts trying to get it out. And while there was interest from publishers in the U.S., Harris was unwilling to ship the cards and the publisher unwilling to send a photographer. Harris would die in 1962 with the cards still unpublished.

Ultimately Grady Louis McMurtry (1918–1985) traveled to London and photographed the cards in color for their first official publication in 1971. The photography was redone for new editions in 1978 and 1986. The colors of these decks varied greatly from the original art—and in one case they all had a greenish cast to them—but despite this the Thoth Tarot catapulted into prominence as an instant classic and one of the most popular Tarot decks in the world. It is arguably (or so I argue) second only to the Rider Waite deck.  My Thoth Sightings webpage documents how its imagery has seeped into popular culture, from television and movies to comic books and rock and roll.

In 2004, Crowley’s estate (Ordo Templi Orientis) began a two-year project of supervising high resolution, color-corrected digital photography of the original artwork, which is held by the Warburg Institute in London. The deck subsequently produced by AGMüller represents the first time these remarkable works have been accurately reproduced. In addition, O.T.O. funded a five-year restoration of the cards from 2006 to 2011. Since this project began, selected pieces have appeared as a part of high-profile exhibitions including Paris (2008), Venice (2013), Sydney (2013) and London (2014). 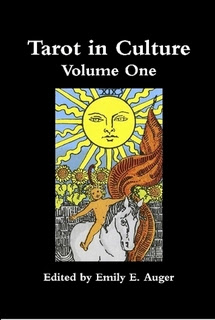 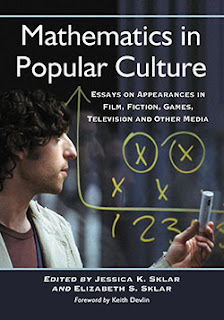 Posted by Richard Kaczynski at 10:05 AM